Stuck with a middleman to stream to yourself? Not so much…

One of the conundrums with creating in-house video can be how not to take the content out-of-house to get it to your in-house audience. If your building or campus was wired for closed circuit television you have no problem. But few are, and that’s not an expense that most schools, government facilities, or corporations want to undertake.

However, new construction is typically built with Internet infrastructure and even older facilities have been able to retrofit with network wiring. The internal network is meant to share content across the facility, but if the content was streaming video, up to now you still had to go outside to get inside. You needed to send your content to a Content Delivery Network (CDN) first, then your audience could view the stream from that CDN. All streaming systems were built to work that way.

NewTek and Wowza Media Systems™ MediaDS™ makes it possible to serve video internally, removing the need to use an outside CDN for many use cases. Essentially, MediaDS is a content delivery network in a box. It is able to serve up to four output stream channels and each output channel is separately configurable, has its own URL and customizable webpage, and the webpages can be independently branded.

Let’s look at a couple of example cases.

**Use Cases for keeping content inside your walls, for corporate and education… **

Corporate: a large company holds regular “all-hands” briefings to keep all employees informed of the company’s initiatives. They have no one meeting room that can fit in everyone or even a large part of the employees.  So, most of the staff must watch from their desks or perhaps from conference rooms and small auditoriums throughout the campus. There is a lot of confidential information in the briefings that management would prefer not go outside the company’s walls.

However, the only way to manage distribution is to securely stream the video out to a CDN, which then supplies a password-protected stream back to the facility, allowing the employees to login and view the stream at their various locations. Yes, available security is used - but the content is out in the wild, where Things Happen. One wrong click by someone setting permissions and the private content becomes publicly available.

Education: A junior high school does a live 10-minute news show each morning, which is watched in each classroom.  School news and announcements are shared, and because the students handle the production they gain a valuable learning experience.  The school is wired for Ethernet, but again, in order to distribute this strictly internal content, the school has to send the media out onto the internet to a CDN, which results in an ongoing expense plus the media being outside the privacy of the school to that extent, an issue which can be sensitive for students and parents.

Both cases can be resolved to keep content strictly internal by replacing an external CDN with MediaDS, the first media distribution appliance.  The production system that is currently streaming to an external CDN can either stream instead to the MediaDS on the internal network, or can be directly connected to the MediaDS with SDI video cabling. The MediaDS can then serve the video via a web page with an embedded player. The operator just sets up the page however preferred and publishes the URL to the intended viewers.

Done as just described, our two use cases would engage one channel to serve the specific content to the audience, but the capacity is available for a multi-channel service, which provides for some useful flexibility. MediaDS allows for both streaming one video in multiple formats and resolutions, or for streaming multiple videos. So, we could:

MediaDS also leaves open the option to stream to an external CDN when desired. In fact, it includes standard presets for several popular networks, including Wowza, Facebook Live, Microsoft Azure, UStream, YouTube, and others. A variation on our two use cases, for example, would be to send the same content via one MediaDS output to the local network for immediate consumption, and via a second output to a CDN for archiving, for later on-demand viewing, or for viewing by staff in the field (for a company) or alumni and parents (a school).

“Will MediaDS serve enough connections for our needs?”

The short answer is yes because MediaDS is scaleable. To determine how MediaDS will serve in a given environment, you need to consider the bandwidth available, the resolution of the video stream, and the bitrate of the stream. A rule of thumb example is that within a typical 1GB Ethernet local network, a 720p resolution stream at 2MB/sec bitrate could serve up to 400 connections.  In practical terms, 400 is many times the number of classrooms a typical primary or secondary school will have and would cover quite a range of different small- to medium-sized businesses.

For larger campuses or businesses to serve more connections, you can lower the resolution, lower the bitrate, or do both.  Another option is that larger organizations will have a scaled-up network bandwidth infrastructure in keeping with their size. In that environment, each MediaDS channel would be able to serve more connections. On top of that, you can use multiple MediaDS units to scale service to whatever is needed, in terms of both the number of connections and the number of channels desired. 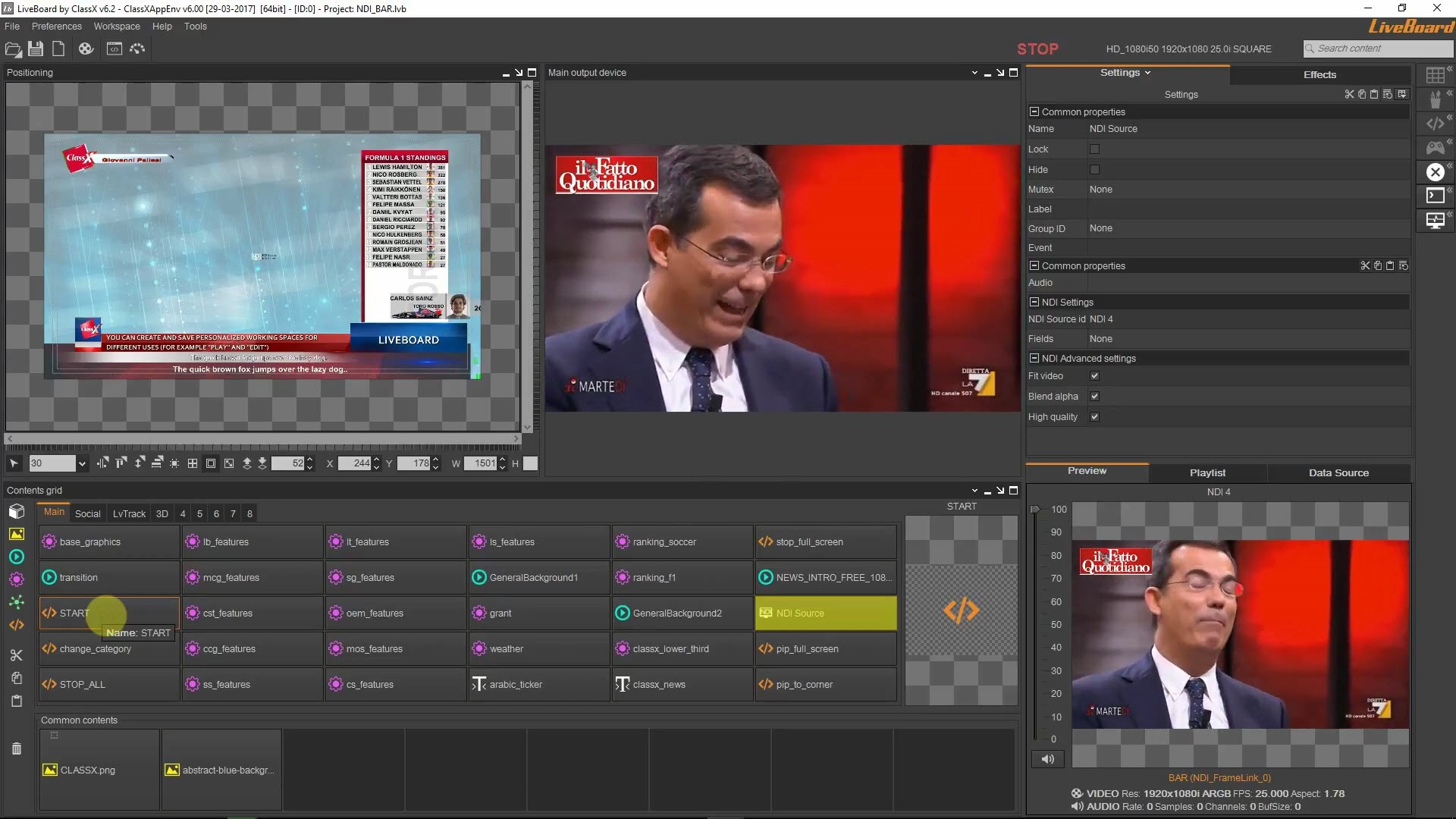 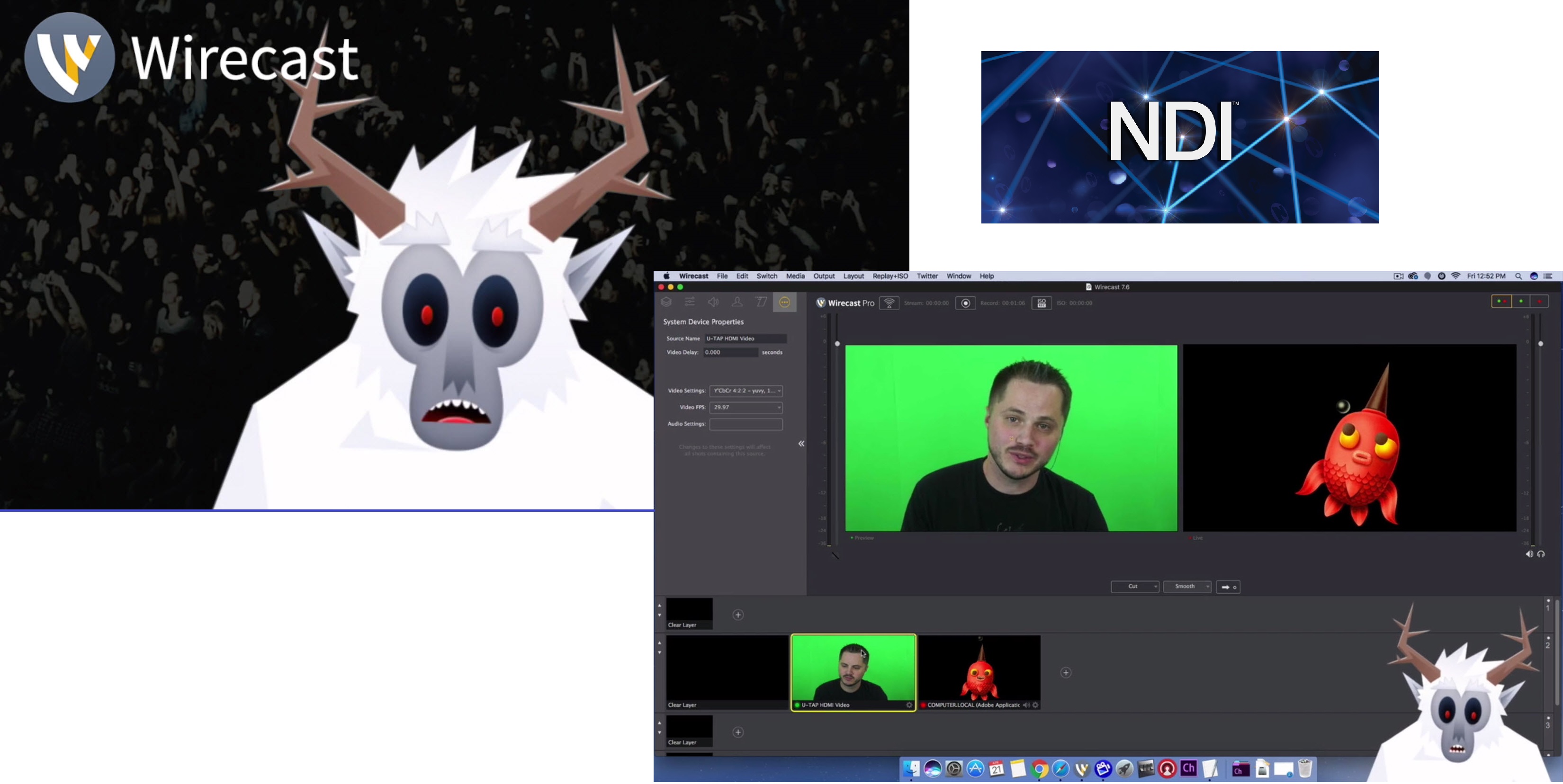 How to Make a Monster (With NDI, Adobe Character Animator and Wirecast)