To get the best results from your green screen composite you need the best quality background materials and the best lighting setup that will give you even green screen lighting. While I’ve shared how to measure your green screen lighting using a smartphone or tablet device, it’s equally important that what your camera sees is actually measured and adjusted to give you the correct exposure for the green screen keyer to work optimally - and the best way to measure this signal is with a Waveform monitor and Vectorscope. Luckily, the TriCaster has those built in, so you can easily check your exposures and set them during live production.

How do the Scopes work?

The two most important scopes you’ll need for green screen are the Waveform monitor and Vectorscope. The Waveform shows you in a horizontal graph what color levels are across the width of the frame. If a level is brighter in one part of the frame it will peak higher in the Waveform than areas in shadow. In the example below, demonstrated with a traditional software scope from a live video feed and a reflective LED green screen, you’ll notice that the Waveform has a fairly bright and level horizontal line between 60 and 70 where the green screen background is present on the monitor on the left. The center drops down in several places in the middle where the mannequin’s dark clothes appear. The Waveform typically displays the level of luminance on a scale of 0 (Black) to 100 (White). This is considered a standard IRE for YC Waveform monitors.

You’ll also notice that the Vectorscope just below the Waveform shows a strong white line going from the center down toward the G (Green channel) which is optimally where you want it. The “greener” the green, the better the key.

In most cases, traditional green screen materials don’t reflect such a strong green and will tend to veer off more toward C (Cyan) on the Vectorscope or the luminance may not be as strong as this example with the reflective LED media. The other markings around the center show the other colors and tones of the mannequin and her clothing.

NOTE: The video standards for Waveform monitors have been IRE, based on older analog broadcasting standards. But since 2013, NewTek has updated the TriCaster Waveform to digital standards in 10bit and 8bit scales of 64 and 16 (Black), 940 and 235 (White) respectively. This makes it easier to work in a digital RGB environment without blowing out the whites or bottoming out sub-blacks (i.e. 7.5IRE = 16 8bit).

Since you won’t need the TriCaster Scopes on for your entire production, but primarily just for setting up your lighting and adjusting the camera exposure settings, it’s easy to enable the scopes during setup and then return to your desired workspace.

You’ll start by clicking on the Workspace tab from the menu bar and selecting Load Default, which opens a secondary pop-out menu where you can select Scopes down at the bottom as shown below. 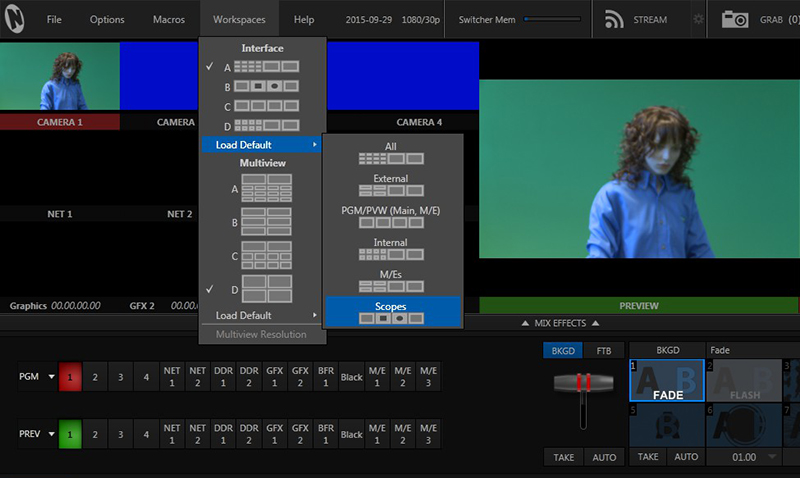 Your new Workspace will give you a Preview window of the selected video source (your live green screen camera) on the left, with the Waveform and Vectorscope in the center and the Program window on the right across the top. 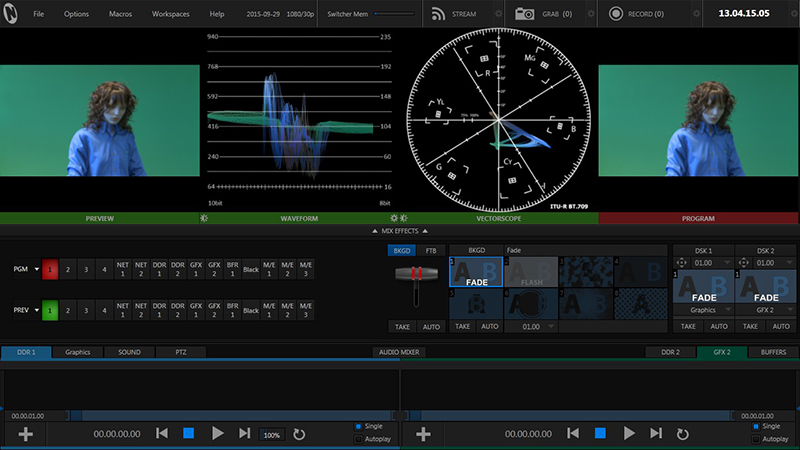 In the above example, you’ll note that the Waveform levels are a bit lower as the image is underexposed, while the Vectorscope is showing more luminance toward the blue channel as the mannequin’s shirt is brighter than the background.

This is because we haven’t yet adjusted the exposure in our video camera. A slight adjustment with the Iris on our Sony EX1 (with the Zebra in the camera set to 70 for the green screen background) and both scopes give us a more precise level that we’re looking for. 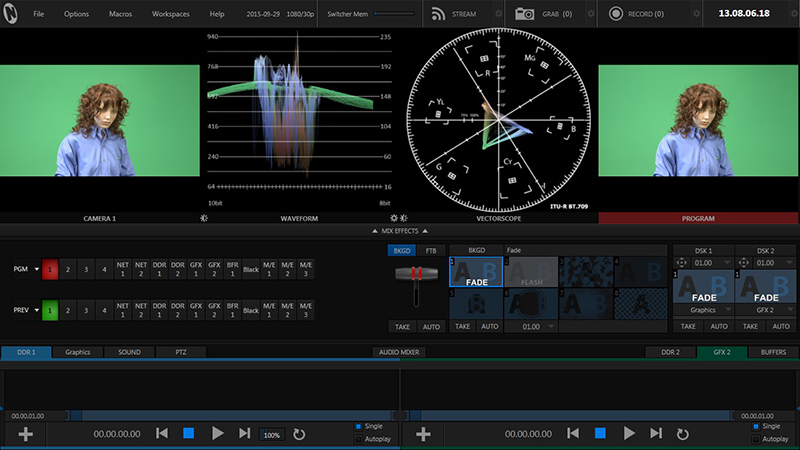 However, we can see that the horizontal line on the Waveform monitor show some fall-off on the sides, which means the lighting may not be even on the background green screen.

To make the adjustments necessary, we remove our talent (the mannequin) and use the TriCaster scopes to tell us when we’ve got an even lighting. In the figure below, it’s easy to see on the Waveform that the right side is underlit in the top panels, but once the lighting is evened out on the green screen, the Waveform is even all the way across. 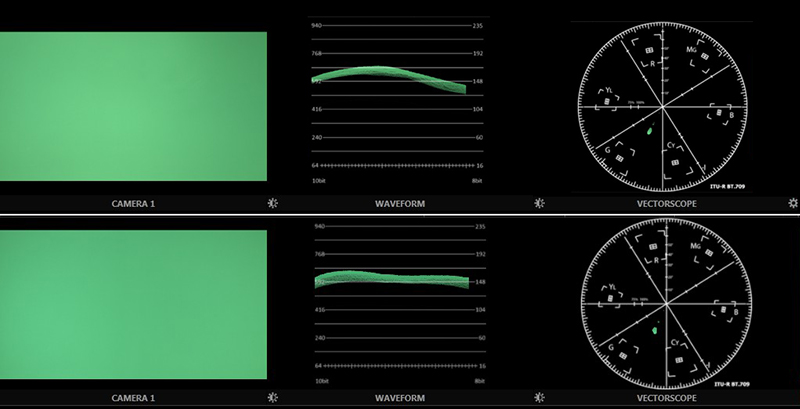 Once we replace our talent on her mark, we can see that the green background is still even on both sides in the Waveform monitor and we’ve got a near perfect triangle on the Vectorscope. 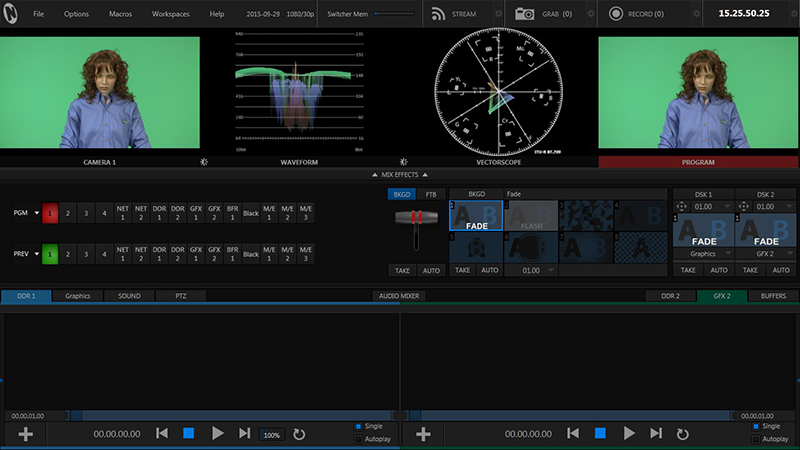 This is why the scopes are so important - you may not be able to see the unevenness of the green screen lighting with your eyes alone, but the scopes don’t lie - and your composites will be much better as a result!

Before you return to your regular Workspace mode, you can go ahead and set the LiveKey on your Camera input and adjust to preview your subject against the background in the Program window. You’ll notice that once the video input is keyed, the scopes reflect the absence of the green channel and only show the remaining colors and luminance of the subject in the foreground. 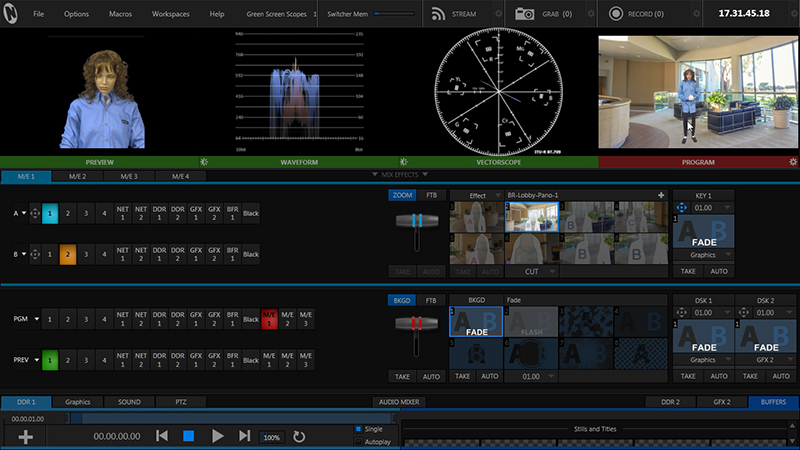 If we turn off the front model lights, we can clearly see how well the keyer is able to extract a clean matte even with hair details, just because our green screen is nice and evenly lit - thanks to the scopes. 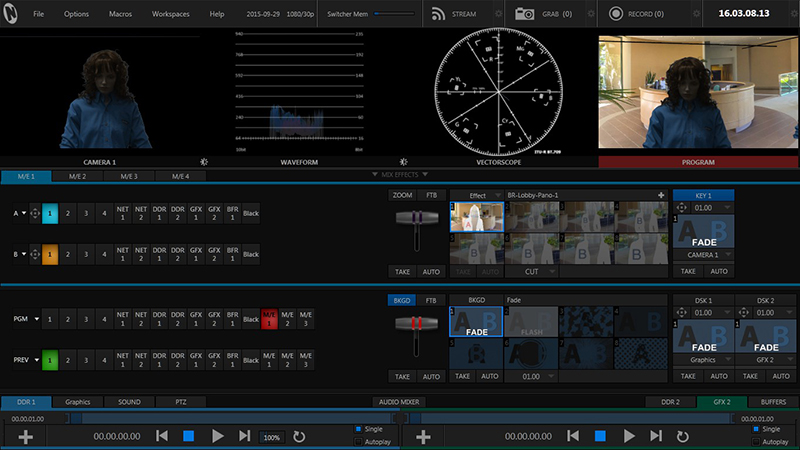 You can return to your preferred Workspace to do your production, and even with multiple cameras on your set, the green will be stabilized and even, so it’s just a matter of adjusting your second video input to match the first - both at the camera and in the LiveKey settings. 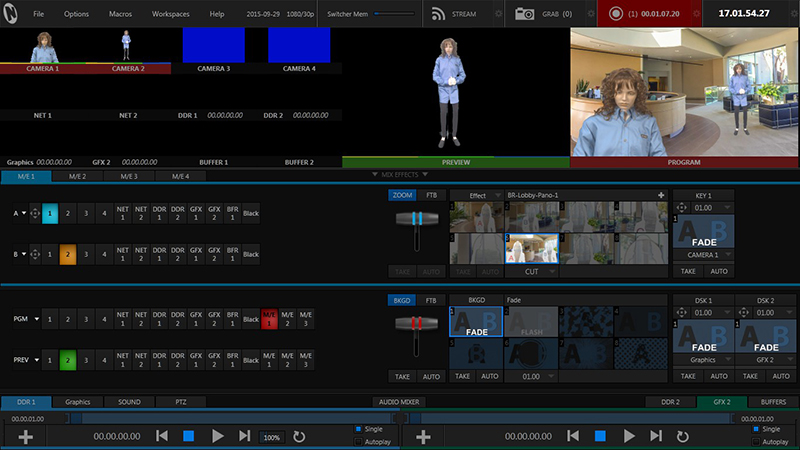 Download our white paper: Signal Monitoring: Why and How Scopes Make the Difference

Enhance Your Skype Video and Audio with TalkShow 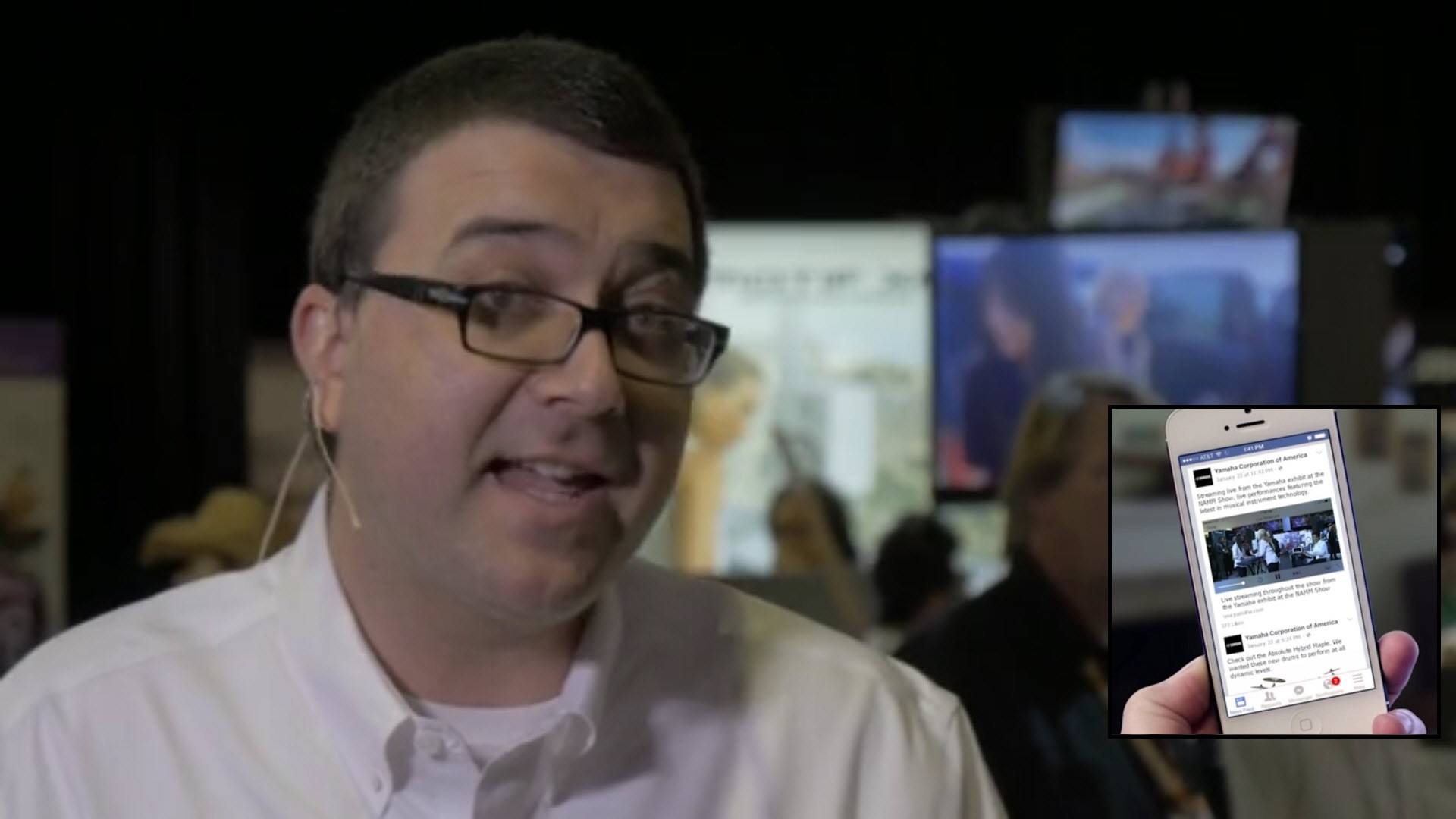