Make Any System a Media Player with NDI®

Sometimes a production needs additional media available and perhaps playing full time and in a loop. Having a Windows system set up with VLC Media Player, Kane Peterson’s VLC SyncPlay app for VLC Media Player, and the NewTek NDI® Tools Pack, available by free download, can fulfill this need.

The above is the recommended order for acquiring and installing these applications on the system.

VLC SyncPlay is simply an app and does not have an installer. The app allows you to select one or more clips, and assign them to be played in VLC Player to an NDI output stream. You unZip the archive, and place the app anywhere you choose for convenient use. In the video, Kane places the app on the Desktop screen.

VLC Media Player is the most popular, powerful and flexible open source free cross-platform media player. The NewTek NDI Tools Pack is a free set of tools that provide video production workflow support that engages NDI, NewTek’s royalty free bi-directional IP technology for transport of video, audio, metadata and communications over standard networks. NDI is by far the leading IP technology for media transport for video production, deployed in hundreds of products in the hands of millions of users. For both of these toolsets, simply run the installer and follow instructions to complete the installation.

Once the moving parts are all in place, operation is easy. 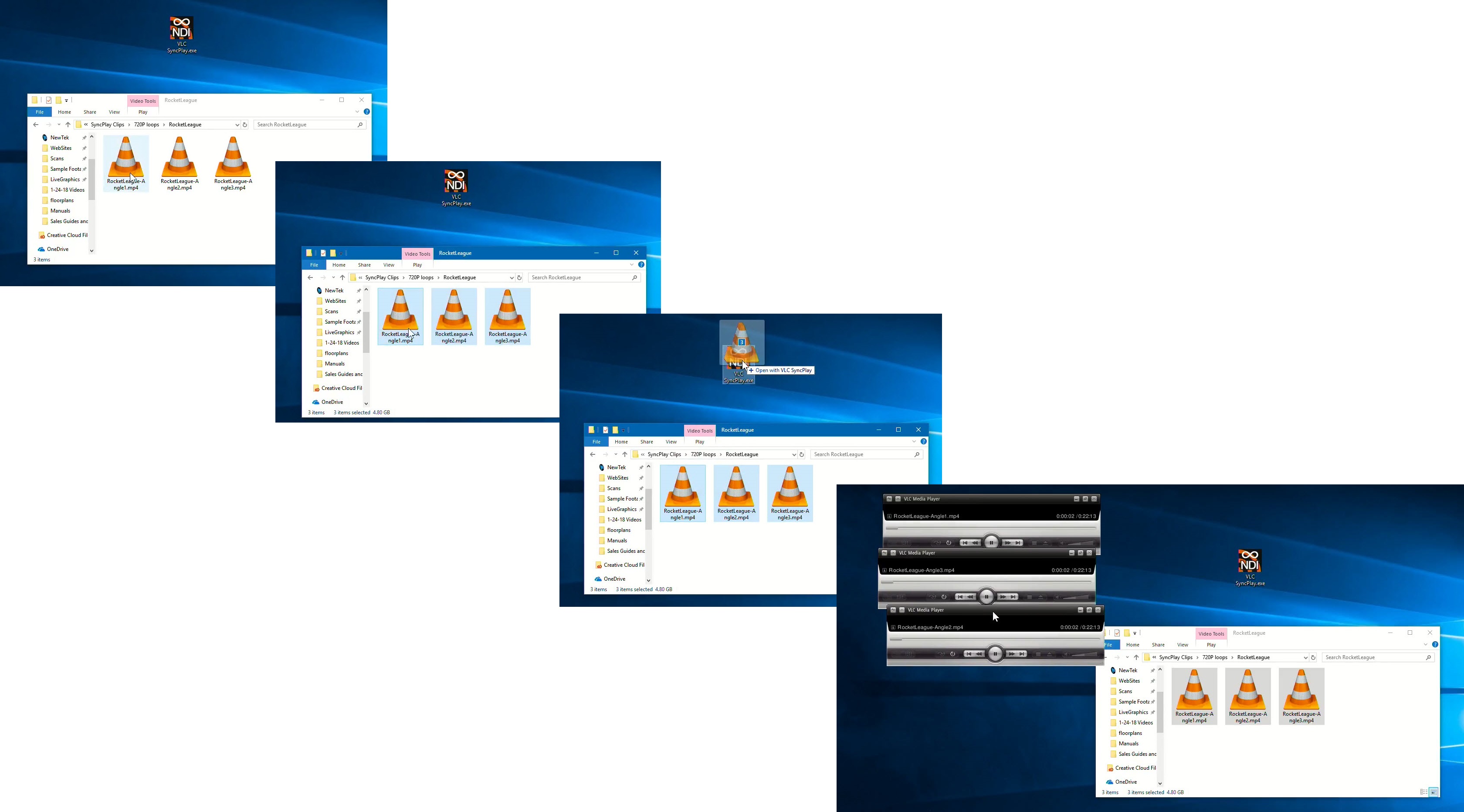 That’s it. Each of the videos will be opened and played in a continuous loop in an instance of VLC Media player. Any NDI-aware device or application on the same network will be able to see and use the NDI streams as input. 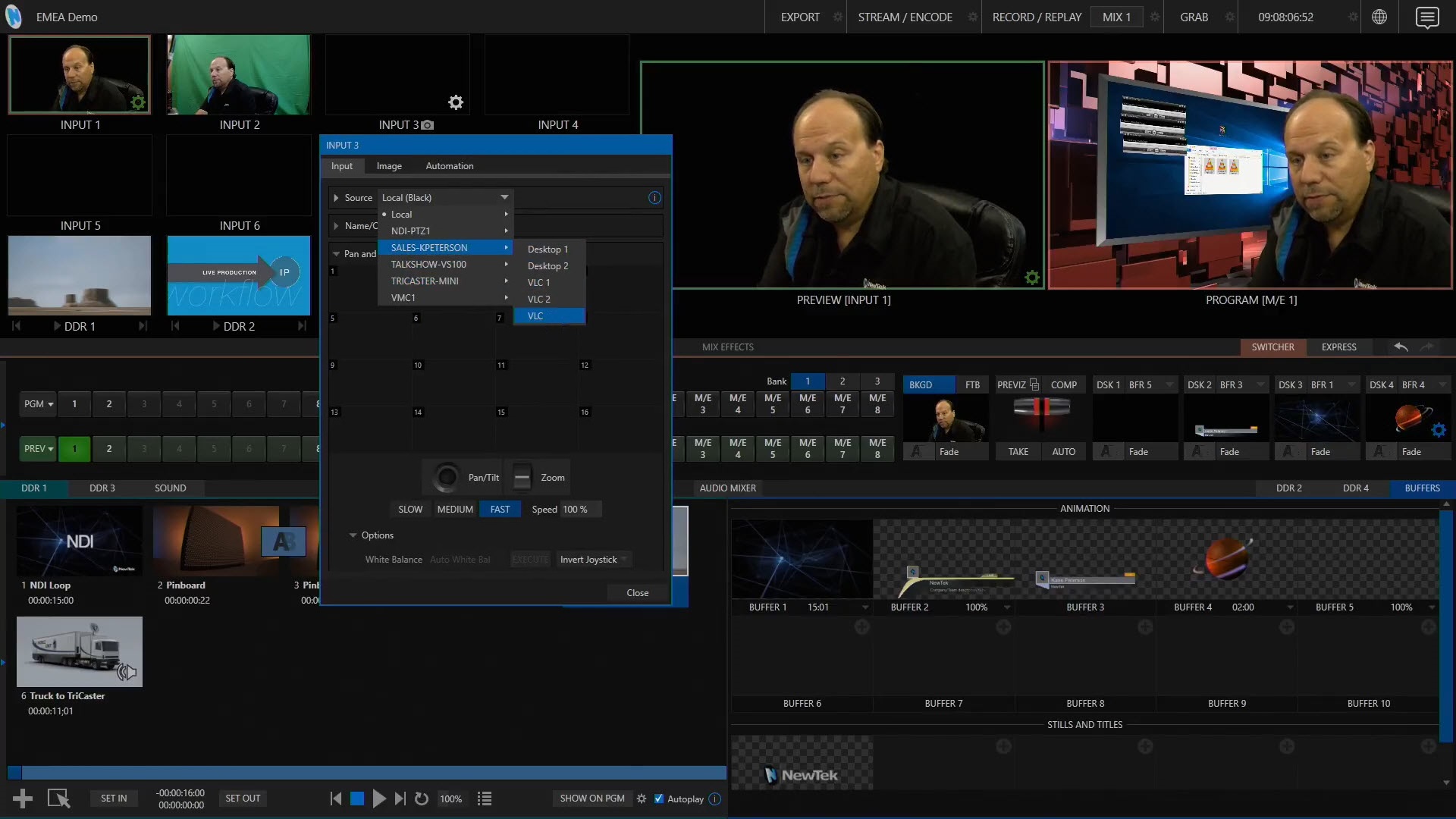 Next Kane demonstrates how to use these NDI streams in TriCaster. He clicks on the Settings gear for an Input, and on the Source pulldown, the system playing the videos is now visible. When the system is highlighted, the videos being played by VLC Media Player are available to assign to the TriCaster input. Kane assigns one to the input. 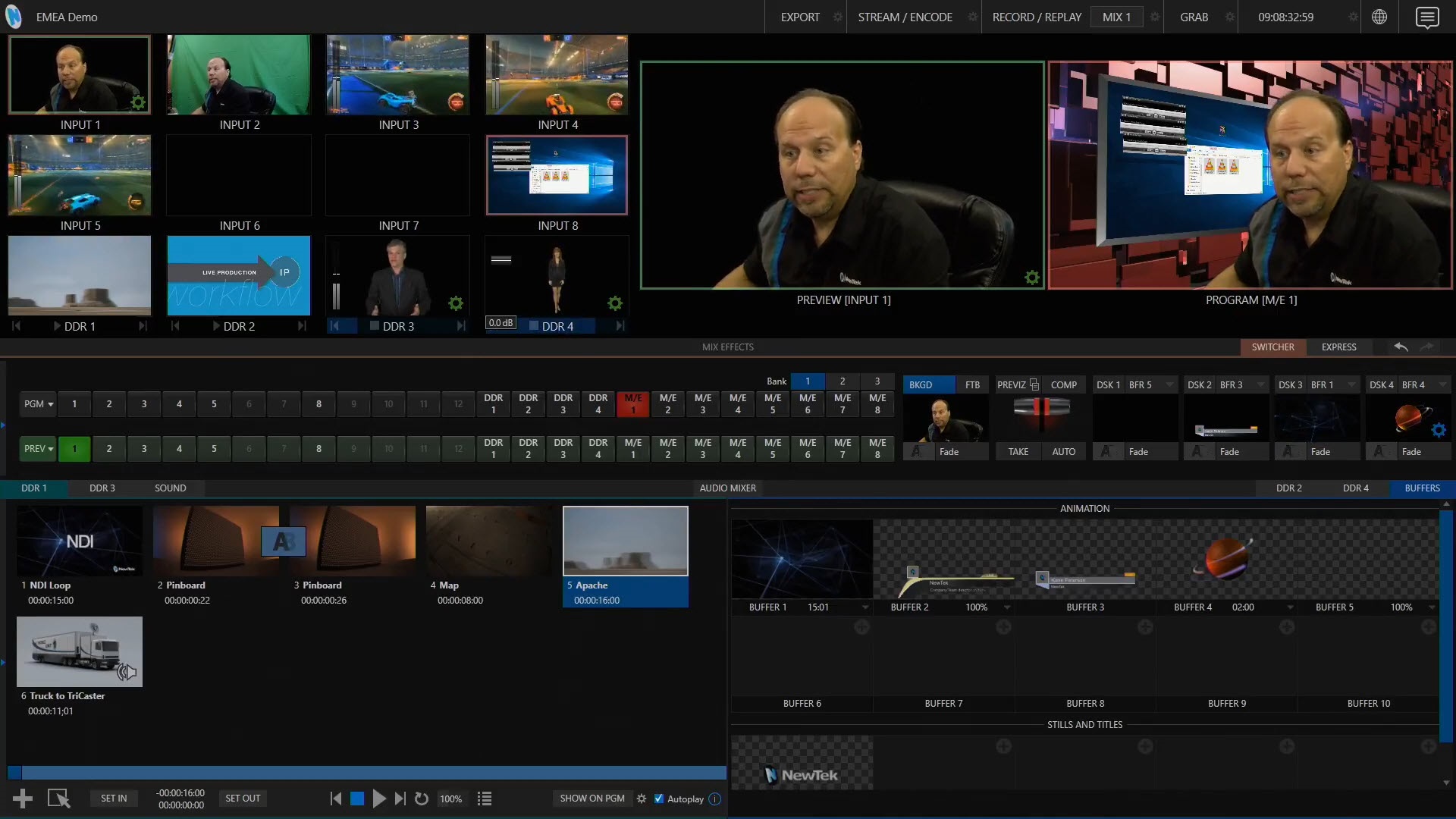 Kane steps through assigning the other two NDI streams to inputs, and then we see all three playing in the assigned inputs, and ready to use in the production. As Kane notes, even more possibilities are available for adding a system equipped with VLC Media Player to a NewTek production system workflow - VLC Media Player offers some control options that NewTek systems can use via their macro command system. Examples are provided in the VLC Media Player documentation.

An example use case is suggested by the fact that NewTek’s All-IP live production systems TriCaster TC1 and NewTek VMC1 include the capability for multiple simultaneous outputs of different content. For a tradeshow or other events where there are multiple displays and a live production also in progress, the production system could easily play out multiple video sources such as described here to full-time displays in the booth, all while switching a live presentation and simultaneously sending that to other displays in the booth or elsewhere in the venue, and streaming to the internet as well.

We hope this video has been helpful for you. If you have suggestions for other topics you would like covered in a Facebook Live or NewTek Tip Jar Tutorial, please send us a message. We will see you next time.