NewTek and Vizrt are excited to reveal the latest edition of the leading technology for video over IP, NDI® 4. The best way to share our excitement is in NDI visionary Dr. Andrew Cross’ own words: 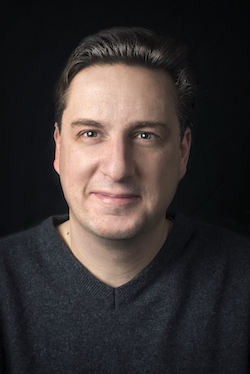 NDI Version 4 improves pretty much everything. It’s certainly the biggest release we have made with NDI since its launch.

It runs faster, so you can get more channels of video. It has better quality at that same bit rate. It supports 16 bits per pixel, so it offers higher color accuracy. So, it goes beyond what SDI did.

It moves to a really new, clever way of transferring data over a wire itself, which we are calling Multi TCP. That means it can share bandwidth along a lot of different paths through the network. It is very cleverly written so it can ensure the network cards on machines can hardware accelerate it all so that it causes a low CPU load. Remember, our goal is to make this work on any computer system out there.

That’s the easy stuff—kind of the bigger, faster, better kind of thing. But the things that we are doing that I believe are also very disruptive are, you know NDI has always been a compressed format. So if you think we have compressed data flowing around the network, and there is absolutely nothing that stops you from taking that compressed data and storing it on disk. It takes no CPU time. You are only limited by the number of streams you would be able to record if you did this. You are only limited by how much network bandwidth you’ve got into a machine or multiple machines and how fast the drives are.

We are going to give away for free the ability to record any number of NDI streams straight to disk without any kind of recompression, which means CPU usage is zero. If you want to put a machine that just records all of your videos on the network, you can.

But we take it one step further because in the process of recording we support the process of synchronizing all of the streams. Even across multiple machines. This is really important because if you think about the progression in the industry, cameras have gotten cheaper and cheaper.

You and I can now afford to do multi-camera shoots, particularly with PTZs where you don’t even need operators. But the entertainment content you will get out of them is remarkably difficult because they are not synchronized.

So unless you genlock everything, you end up with four big files of some event, but you have to go through this manual process of resynchronizing everything.

By us putting the synchronization side of that into our recording, we totally solve that problem. So that you can record any number of streams, drop them onto a timeline and it is all synchronized.

We even allow you—if you use NTP [network time protocol], which is easy to use and free—to synchronize across multiple computers. Now the recording is done so the computers will even synchronize with each other.

Now, if you think about an NDI converter box, and we will be announcing some really cool ones at NAB, you just hook those up. You just record those streams, drop them into an NLE, and there is nothing else to do. It’s a groundbreaking workflow.

We will also have an Unreal Engine plug-in for NDI. We are putting in place a lot of the pieces for a broadcaster who wants to run in the cloud. It doesn’t rely on multicast. It can be used on Amazon Web Services.