In a recent Facebook post, Darren Kirk, technical director at esports specialist production company Virtually Entertained described the setup and discussed the preparations for the event: “On the 360 degree video wall, we have an onboard viewpoint of each of the 11 competitors, with our streaming studio located in the room sending out the broadcast to a reach of 140,000 watchers. [Today], we have a 24 hour race. It’s been a stressful week as we also set up and ran the simulators on the stage with full telemetry across 3 different titles but everyone has been very pleased with the results.”

“The 24-hour race is on Givemesport, McLarens Facebook and YouTube and other sources,” Kirk continues. “There is also a documentary being filmed which will appear somewhere later on the year. We have several PCs running NewTek NDI Studio Monitor picking up the vMix desktop capture on the gaming PCs. We have a 10gbps network link between the gaming PCs and the video wall, where our streaming PCs are using NDI and Elgato cards. We are ingesting SDI from the production company as well and mixing with vMix and sending to restream.io for the stream.” 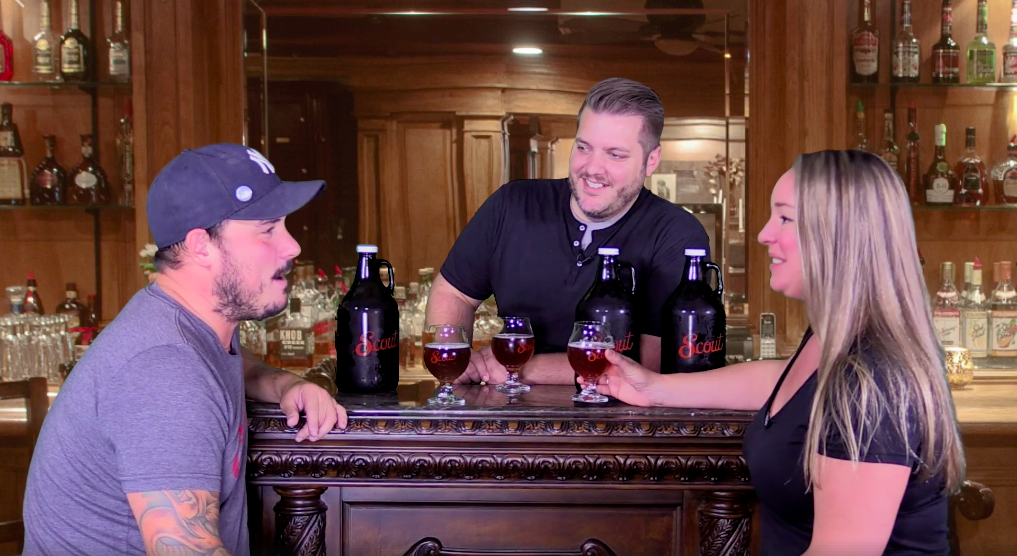