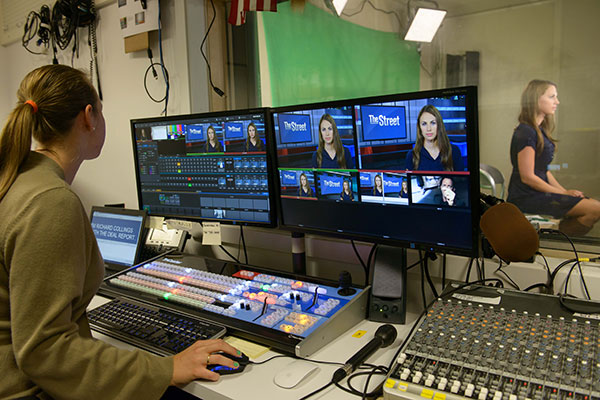 Traders, investors and just about anyone else who likes their financial news with equal measures of “booyah” and bravado are bound to know Jim Cramer and his popular nightly “Mad Money” show on CNBC.

His legendary rants, frenetic caller lightning rounds, as well as his copious use of props and sound effects, coupled with a quick wit and unique financial insight have made his show popular with a legion of fans.

With an on-air presence like that, Cramer has set the bar pretty high in the minds of viewers who regularly visit TheStreet, a popular financial Web destination he co-founded with Martin Peretz in 1996. While satisfying those expectations isn’t particularly easy, doing so is essential.

For Elisabeth DeMarse, who took over as president, chairman and CEO of TheStreet in March 2012, delivering engaging and informative financial news that’s fresh and on-target is imperative. DeMarse likens people seeking financial news to sports fans who are passionate about their favorite sport. They want to be up to date on the latest developments, and they don’t have much interest in anything less.

TheStreet, however, wasn’t set up to produce timely video reports when DeMarse arrived. Things had to change. That’s why she contacted former colleague, Brooke McDonald from her days at Bloomberg, who now runs Houpla, Inc., a Baltimore-based media consulting and content creation company.

McDonald and her partner at Houpla, Michael Brassert, knew when taking on the assignment that the goal of transforming TheStreet’s video operations was to put in place a modern HD television infrastructure focused on producing timely, high-quality financial video news reports that leveraged technology to make the production workflow highly efficient. 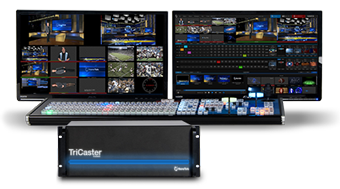 “We had to find a way to upgrade the video product in TheStreet’s business in a manner that increased brand awareness, upgraded the brand image and also drove business,” says Brassert.

“In the case of TheStreet, the video products they had were being plagued by lack of vision, lack of branding and lack of a goal to move forward with a video product that was integrated as a viable part of their operation to drive business.”

While McDonald, who has a long list of journalism credits, including positions with CNN, Bloomberg, Reuters and Maryland Public Television, worked with TheStreet’s journalists to replace their print-like workflow with something more akin to a TV newsroom workflow, Brassert focused on video production workflow.

“The first thing I noticed was the workflow was hindering the video product,” says Brassert. “They were in a traditional post-production workflow. They were trying to do multi-camera work. This is a news organization mind you.”

Out with the old

TheStreet was using a three-camera setup for interviews. Video was recorded to removable memory cards, ingested into a nonlinear editing station and cut together along with graphics and titles. “Because of this workflow, they weren’t getting their videos out for sometimes days or even weeks,” he says.

“The solution was to put in place a live, switched video production workflow,” says Brassert. “This would allow TheStreet to post reports to their websites within minutes, not days or weeks.”

Brassert began looking for technology that would allow TheStreet to produce video in a way that would remove the post-production element. “By doing that, it forced journalists when preparing their stories to have all of the information they needed. They weren’t going to be fixing it in post,” he says.

Brassert chose TriCaster 8000 for TheStreet because it allows the company to compete at the same level, in terms of video and production quality, as bigger media companies with deeper pockets.

“With TriCaster, we have taken TheStreet to the level you would find in many network news control rooms and studios,” says Brassert. Using TriCaster, a single operator can output broadcast-quality video over fiber to other news organizations, record it for possible post production if needed, stream shows live via the Internet, and create video-on-demand clips that can be posted online in a really short amount of time,” he says.

Brassert selected TriCaster 8000 after investigating other traditional video production switchers and digital disk recorders. “We found that putting all of those components together would have been one way to go, but it would be much more expensive than using the TriCaster,” he says.

DeMarse, too, welcomes the benefit of powerful production capabilities at an affordable price. “Over the past 10 years, the cost of production technology has diminished, while the quality has improved immeasurably,” she says.

“Nowadays, viewers expect the same quality on their smartphone or tablet that they would get on their television, and with technology like Tricaster 8000, we can produce HD quality video at a fraction of what it would’ve cost a decade ago.”

Taking it to TheStreet 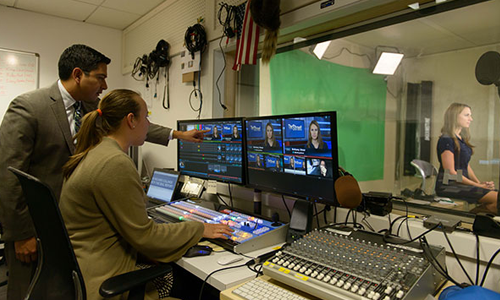 TriCaster offers TheStreet another important benefit. With its location in the heart of the financial district of New York City, space is at a premium. There was only 600 square feet available for the new control rooms and studios.

Without space to build multiple sets, Brassert relied on TriCaster’s virtual sets and green-screen functionality to give the appearance of more spacious studios overlooking Wall Street. Many of these sets include virtual windows into which TriCaster keys shots of the skyline of the financial district, further reinforcing the fact that TheStreet is located on Wall Street.

For the past seven months, Ruben Ramirez, head of video for TheStreet, has been responsible for implementing the new production workflow envisioned by Brassert. Initially, productions were done with one technical director who operated TriCaster and an outboard audio mixer. However, as the sophistication of the productions has increased, says Ramirez, two people run most shows. One is assigned to TriCaster and the other runs the Chyron IP character generator, adds other graphics, and rides audio.

All of TheStreet productions done since Ramirez’ arrival have prepared the production staff for its next challenge: live production. “We are launching nine live shows a day—each between five and 10 minutes in length—starting at 7 a.m. and going through 5 p.m.,” says Ramirez. “TriCaster is definitely giving us the opportunity to do live programming, and it is also giving us the chance to interact with our viewers in real time.”

“A big part of what TheStreet is doing is social media-related, and TriCaster is providing the backbone to a system developed at TheStreet to integrate Tweets into the shows,” says Ramirez. “One example is integrating Tweets from thought leaders into a show focused on commodities.”

“The anchor of that show can have a list up of those thought leaders on an iPad,” explains Ramirez. “We pump that output into one of the plasmas in the studio. That gets routed into the TriCaster as an input and then we can put it anywhere we want. Another example is a show Jim Cramer does every Monday morning that takes Tweets from viewers asking questions about the economy,” he adds.

While TriCaster 8000 provides all of the production capability TheStreet needs to compete with other financial media, perhaps its biggest contribution to the company’s success is helping TheStreet build its brand and promote its subscription products.

“This was all designed to improve the business of TheStreet,” explains Brassert. “The video content is basically financial news, and is a free service provided to the public. The whole video element of TheStreet is a bit of a marketing tool to drive its subscription business and to help visitors make informed financial decisions. So the quality of that product is really core to the success of all of TheStreet’s businesses.”

With a production platform as powerful as TriCaster, TheStreet can be confident it is well equipped to compete and continue building a top-notch brand that is widely recognized and respected. And that’s enough to make anyone exclaim: “Booyah!” 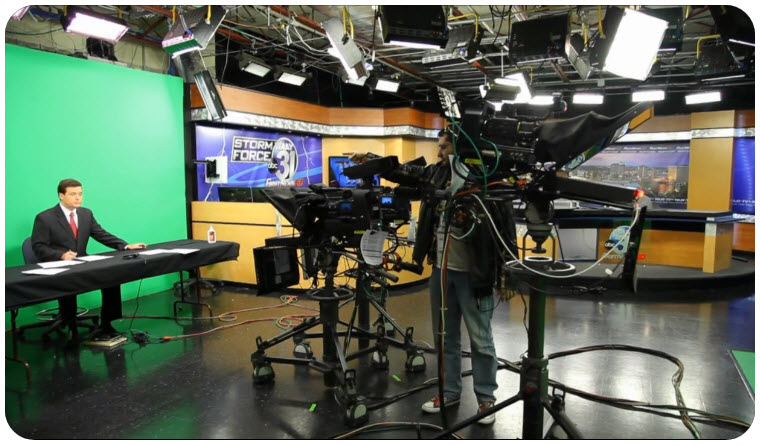 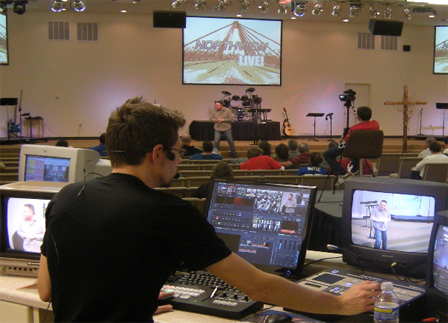